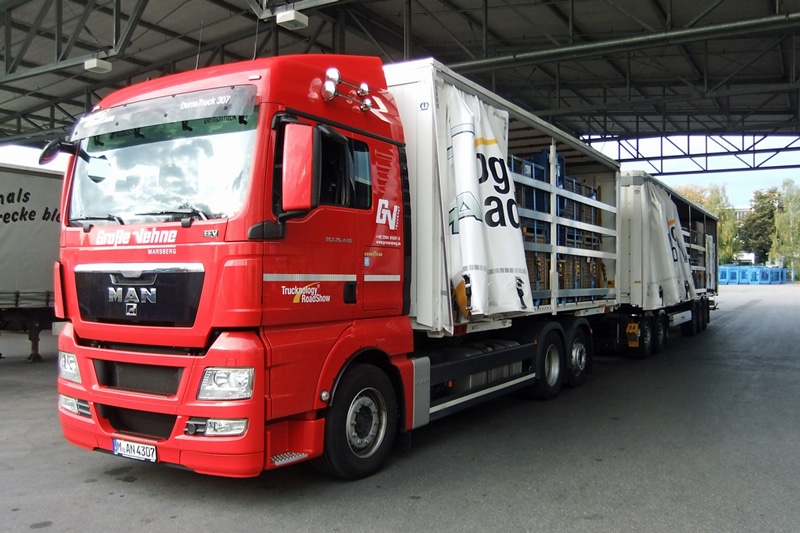 German trailer giant, Krone, and truck brand MAN have joined forces to participate in the long-truck field trial being conducted all over Germany. The demo vehicle comprises a three-axle truck chassis with a Krone swap body, dolly and a Krone semi-trailer.

Since October, the 25.25-metre long “road train” has been shuttling between the MAN Logistics Centres Dachau and Salzgitter, transporting spare parts for trucks and buses.

MAN and Krone are deploying the vehicle in order to study the traffic, commercial and environmental impact of longer vehicle combinations in the transport of goods by road.

The load volume offered by the long truck is approximately 40 per cent more than that of a conventional German combination, but does not allow for increasing the permitted gross weight of 40/ 44 tonnes.

However, because two long trucks can transport as much as three conventional combinations, Krone and MAN expect substantial fuel savings and reduced CO2 emissions. The long truck is also meant to reduce traffic and take some strain off the country’s road infrastructure as the vehicle weight is spread over a greater number of axles.