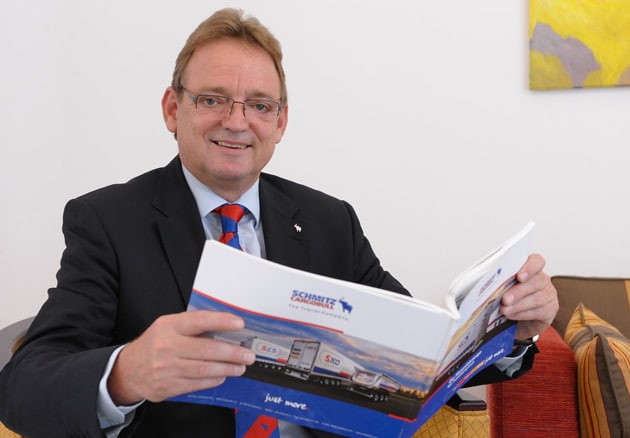 “We have expanded our market leadership in an environment that is still characterised by its economic difficulties,” said Ulrich Schümer, Chairman of the Board of Directors at Schmitz Cargobull (pictured). Nonetheless, the management now wants to “open the gateway to Asia” to increase global sales performance. In cooperation with Chinese company Dongfeng, the production of vehicles for the Chinese market should start in the Wuhan region as of 2014.

Reacting to a the turbulent economic development in Europe, Schmitz Cargobull has also increased flexibility in all of its seven factories over the course of the business year. Temporary increases in demand were followed by sudden declines in orders, which were then balanced out again by a new boom.

The box vehicle factory at Vreden, for instance, recently ran on a three shift schedule, achieving the highest output in the history of the company, with 16,230 vehicles built in the past business year. Production at the main factory in Altenberge increased by 21.9 per cent to 16,275 flatbed vehicles (previous year: 13,351 units). By the end of the business year, the factory had 4,416 employees.

In the near future, Schmitz Cargobull will now focus strongly on the Asian market. The goal is to have the assembly plant in Wuhan commence production in 2014, according to Chairman Schümer. “China has the fastest-growing commercial vehicle market in the world,” he said, pointing out that the continuing economic volatility in Europe will slow down production in the current business year.

“But there are signs that growth will continue again in the following years. The investment volume in machines, development and further training will increase considerably in 2012/13 and should remain at a similar level in the following years.” The chairman predicts a turnover of approximately €1.6 billion for the business year 2012/13.