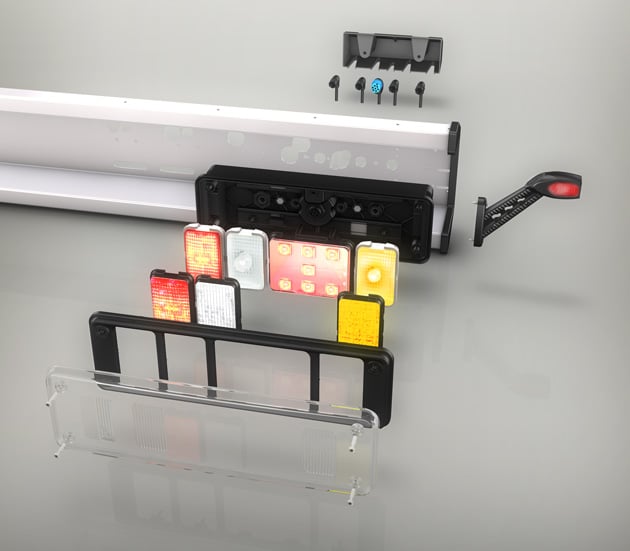 German lighting expert Hella has presented an updated version of its modular rear light at the 2012 IAA in Hanover. The ‘EasyConn NextGeneration’ system is based on the tried and tested EasyConn plug-in system and is now also available with Hella’s Super Seal plug-in system.

While the hybrid light itself remained unchanged, customers who already use Super Seal can now effortlessly change to the modular rear light without making changes to the system.

Effective immediately, the light is now also available with a 15-pole connector set to simplify repairs and changes to the lighting system.

According to Hella’s Christof Erz, new production methods and materials have made the EasyConn NextGeneration light “extremely strong and ideal for use in changing environmental conditions”.

“The key to our hybrid combination rear light is its modular construction,” said Erz. “Every function can be operated with traditional light bulbs or LEDs respectively. Changing modules is possible at any time; this also applies to the patented lens that can be replaced without the need to replace the entire rear light.”