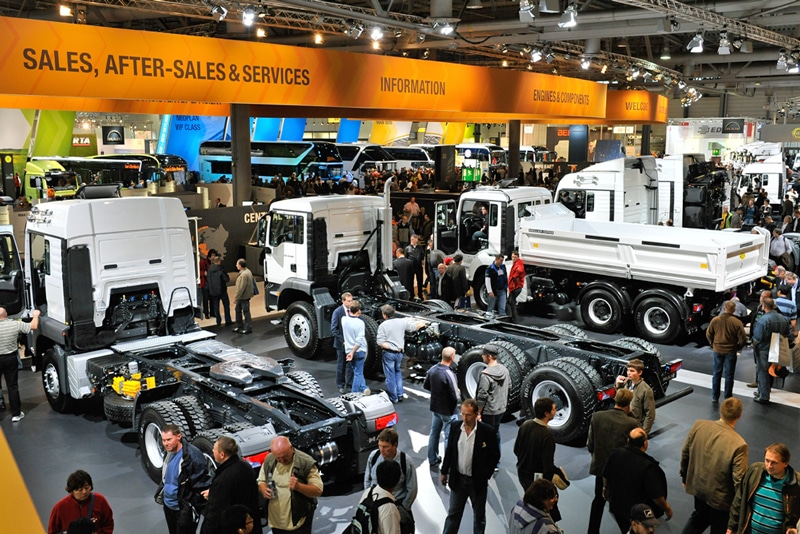 The 64th IAA Commercial Vehicles in Hanover, Germany – one of the world’s largest exhibitions for transport, logistics and mobility – is set to open on 20 September.

According to the German Association of the Automotive Industry (VDA) and Deutsche Messe AG, Hannover, the show is set to attract more than 1800 registered exhibitors from 46 countries who will take part.

“For us the number of innovations, especially in qualitative terms, is the most important indicator of the importance of the IAA. The engine that is 'driving the future' – to pick up on the IAA slogan – is really revving up at this IAA,” VDA President Matthias Wissmann said. “The impressive drive for innovation in this industry can be seen and experienced in its entirety in Hanover – and here I mean all the exhibitors, i.e. the manufacturers of heavy trucks, vans, trailers and bodies, and the many competent small and large suppliers from all around the globe.

IAA will stage more than 30 specialist events, including the Electric Mobility Congress and the IT Congress. Other shows will showcase test drives in electric vehicles on the Hanover trade fair grounds and on public roads, demonstrations on the Innovation Stage, historic commercial vehicles, American Trucks, the upcoming engineers’ event for the automotive industry ‘VDA GoIng’, and the recruiting event ‘VDA workING’. The model vehicle collectors’ fair ‘Automania’ will also be held on the weekend of the 22 to 23 September.

Meanwhile, the VDA announced the signing of a contract guaranteeing that the IAA Commercial Vehicles will take place on the trade show grounds in Hanover in the years 2014, 2016, 2018 and 2020.

“In intensive negotiations lasting several months, the VDA and Deutsche Messe AG have put together a contractual package giving our exhibitors planning security right up to the end of the decade. The main new aspect is the longer term of the contract up to 2020, which covers four IAA Commercial Vehicles,” Wissmann said.

Dr Jochen Köckler, who joined the Board at Deutsche Messe AG in April, will be the Deutsche Messe representative to the IAA Commercial Vehicles. “Hanover is the leading venue for the world’s major exhibitions in the field of investment goods. We are delighted to be a reliable and competent partner supporting the VDA with our services both on the exhibition grounds and beyond, in strengthening the global leading position of the IAA Commercial Vehicles,” he said.