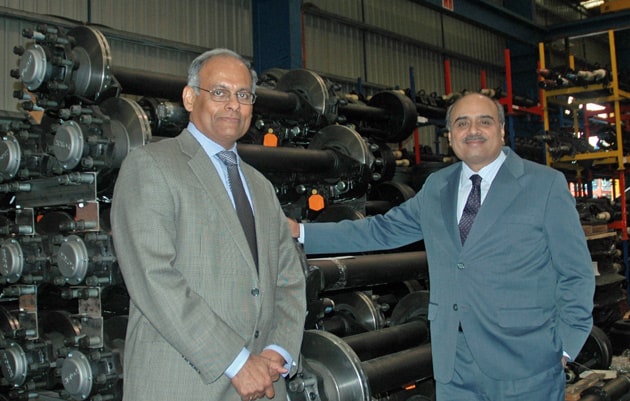 Tata took a 51 percent stake in York back in 2007 and purchased the remaining 49 percent in May this year.

To mark the occasion and affirm the company’s commitment to the Australian market, Tata Group chairman Sudhir Deoras and York chief executive PV Balasubramaniam flew into Melbourne in early June.

“The 2007 acquisition was based to some degree on the needs of our emerging Indian economy,” Deoras said. “India was in a position where it had to modernise and diversify its transport industry with better performing trailers to cope with increasing industrial demand. We made the decision to drive investment and diversification via acquisition.

“Axles and suspensions are to a trailer what an Intel processor is to a PC. The relationships York has established over the last 50 years since the brand’s inception has meant it has become a very important partner to the trailer industry,” he said.

During their stay the two executives visited some of Australia’s largest truck fleets in a bid to reinforce York’s commitment to the market.

“The fleets we met with were pleasantly surprised to have senior York and Tata representatives taking the time to personally visit them. It showed a huge vote of confidence that Tata really does take its role in Australia seriously and is investing for the long term,” Balasubramaniam said.

“Australian trailer companies and fleets also now know that their feedback for product development goes straight to York’s R&D department. We highly value their suggestions – it’s all taken on board,” Deoras added.