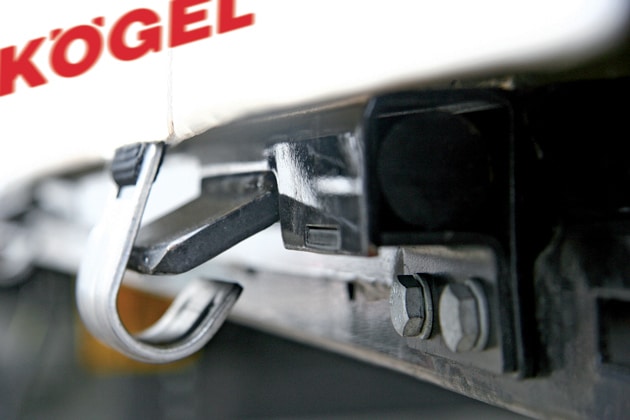 German trailer manufacturer Kögel has presented a 'quick opening mechanism' for trailer curtains that opens and closes tarpaulins within 36 seconds at the push of a button.

Built to simplify the loading and unloading process, the system was designed to signficantly reduce both closing and opening times of a curtain sider. According to Kögel, transport company are thus able to meet the growing requirements of the automotive and beverage industries, who keep insisting on shorter loading times.

Kögel's system relies on 19 clamping units per side to achieve an improved sealing between framework and curtain. As the hooks are standard commercial components, Kögel's system can open and close both pneumatically and conventionally. This means that a decoupled trailer with de-pressurised air receiver remains available for use, according Kögel.

“In the development of the new quick opening mechanism, our aim was to significantly increase transport efficiency“, says Thomas Eschey, Managing Director, Technology and Production at Kögel. “With an opening time of only 36 seconds and less than 30 seconds for closing the side tarpaulin again, we have achieved this goal.”