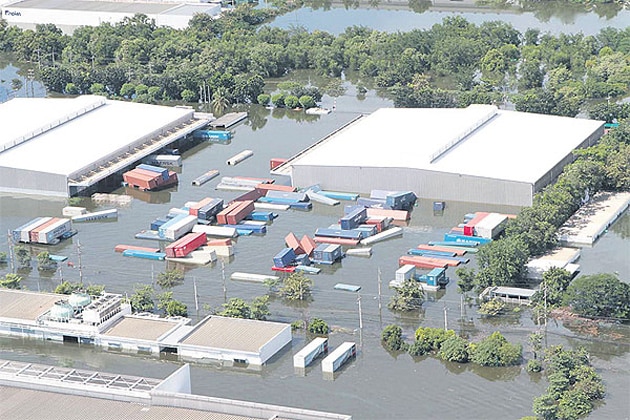 Factories and supply chains in Thailand are facing disruption as some of the worst flooding in decades starts to affect the country’s economy.

Trailer manufacturer Heil Asia has been forced to suspend production in central Thailand as the water reached a level of around 2.5m throughout the company’s local factory and head office. The industrial estate in Bang Pa-In, about 40 km north of Bangkok, is still cut off from outside world, says Mark Dale, Regional Manager Australia.

“We still don’t have any access to the Factory District as all roads in the area remain closed,” he explains, announcing that the worst is yet to come. “We are expecting another high tide where Bangkok will be at risk again on 15 November.”

According to a preliminary schedule set by the local government, Heil Asia will be able to commence pumping out water in the second half of November, so that repair works can begin by 1 December.

“We apologise for any inconvenience caused to our valuable clientele. We will endeavour to be up and running as soon as possible. At the moment, we are hoping to resume operations on or around 16 December, depending on how quick the water recedes,” says Dale.

“But, it is hard to make a statement before we see what damage has been done to the Heil facility and what equipment has been lost or destroyed. At the moment, we cannot even access our server and there is no telephone line available as well.”

On a positive note, all Heil staff have been evacuated and the majority have returned to their home provinces. “However, many remain in temporary shelters due to losing their houses in the floods,” says Dale. “I would like to thank the people who have continued to ask about the welfare of our local staff, many of whom have lost everything.”

Two-thirds of Thailand is affected by the floods, and more than 400 people have lost their lives since July.