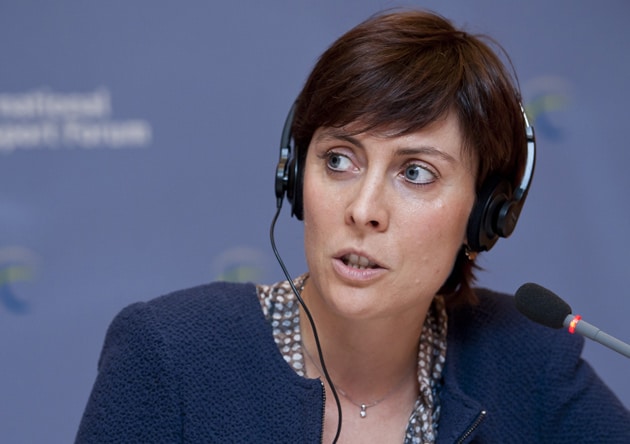 Carole Coune, Secretary General of the International Transport Forum at the OECD, stressed the role of the global transport industry for environmentally responsible development in a keynote speech at the XXIVth World Road Congress in Mexico.

Coune, who assumed office as the International Transport Forum’s Secretary General in August, delivered her first major public keynote at the World Road Transport Conference in Mexico City. Emphasizing the key role of transport for environmentally responsible development, Coune said: “Transport is a critical factor in delivering green growth. The sector has to innovate to cut its environmental footprint, and new transport industries and transport infrastructure investment will be motors for growth after the crisis. Fast growing economies in Latin America and in Asia will determine in large part how transport’s environmental footprint will evolve.

“Transport infrastructure investments figure large in economic recovery programs because of the number of jobs they create. But understanding which projects are most likely to generate growth in the long term, beyond the construction phase, is critical to making the best use of severely limited public funds,” she added.

This is something transport Ministers will discuss in depth at the International Transport Forum’s annual summit in Leipzig, Germany, in May 2012. Coune: “A seamless transport system is appealing to its users, and it promotes economic development.”