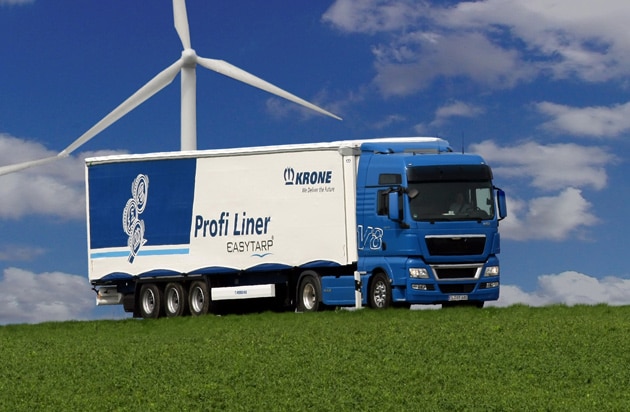 German trailer manufacturer Krone reported a substantial increase in sales for the fiscal year 2010/2011. “Although some numbers sent in from our foreign subsidiaries are not final numbers as yet, the data presently available suggest €1.2 billion in revenues, a result that translates into a stunning 77 per cent increase over the previous year”, reports Managing Director Bernard Krone.

The Agricultural Machinery division anticipates a 24 per cent growth in sales volume to €405 million, while Krone's Trade and Services business is up 22 per cent, passing the €100 million mark for the very first time.The Commercial Trailer division generated sales worth €775 million, hence achieving the best result within the group. After experiencing a substantial drop in sales in the wake of the financial crisis, the division’s latest performance reflects an increase of nearly 150 per cent.

“Admittedly, these numbers superficially look impressive. Yet, put in perspective, the current results of Commercial Trailers are just comparable with the division's 2006/2007 results,” explains Bernard Krone.

On the whole, says the company leader, it is down to Krone’s innovative product line, the sound financial situation and an outstanding customer loyalty that they were able to achieve this impressive result for fiscal 2010/2011.