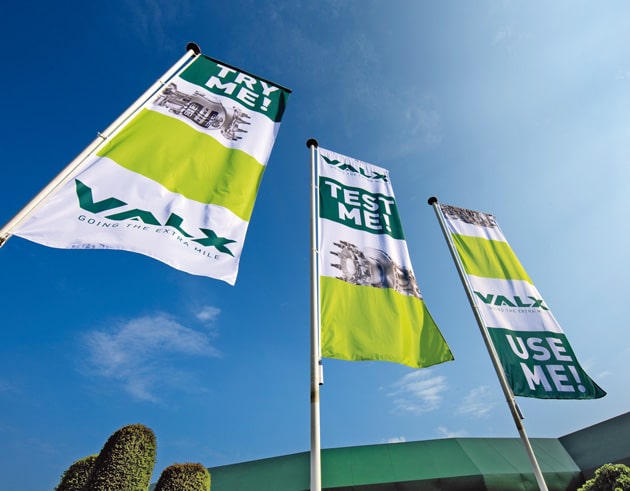 Based in Valkenswaard, The Netherlands, Valx entered the contested European market in early 2011, offering a specially designed 9-tonne semi-trailer axle. After less than one year, the young company has now set ambitious goals to reach a market share of 10 per cent by 2014.

In Spain, over 800 vehicles have already been equipped with Valx axles, and the company is expecting a market share of 20 per cent by the end of this year. “This is a beautiful achievement and we are very happy that the Spanish market sees such big potential in a new product,” says Sales Manager Southern Europe, Hector Rodriguez, who just returned from China, where Valx sources its unique one-piece axle beam. “Our guests have been very impressed by the state-of-the-art production process and realised that it is at least equal to European quality standards.”

To ensure maximum customer support back in Europe, Valx has set up a 24/7 breakdown service and can now draw back on over 600 maintenance- and spare parts centres across the continent, 40 of which are located in Spain and Portugal. In addition, Valx has just signed a distribution-contract with Intermobil, one of the most well known companies in the Turkish automotive industry, to increase brand awareness in the growing Turkish market.