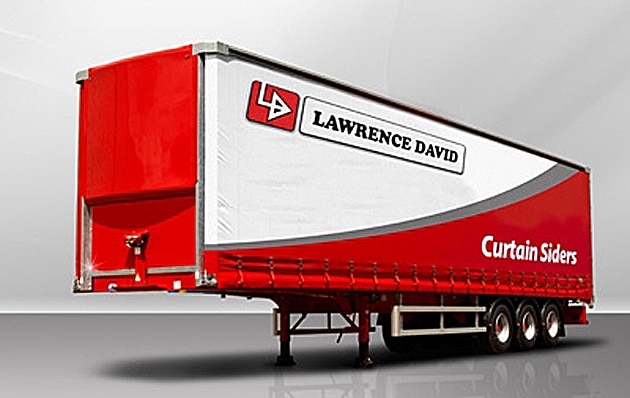 UK trailer manufacturer Lawrence David of Peterborough was accredited with EN12642XL certification for a pillar less curtain sided trailer. Pillar-less, curtain sided trailers are a common sight in the UK since the early 1980s, but according to Managing Director, Laurence Marshall, the new David design is the first to meet the EN12642XL standard for load stability.

According to Marshall, the certification was not a result of computer modelling, but of practical on road testing. Independent German consulting company TÜV put Lawrence David’s 13.6m three-axle air suspended model to the test before granting the certification.